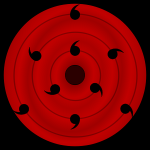 I like the idea of putting the literal translation on the infoboxes, coincidently last thursday it was also suggested in the discord to put it in the infobox and was also supported by Damage3245 since it won't appear out of place, so the first thing to do is to change the technique template and update the new format on all of the technique pages.

Luckily there aren't many pages yet so updating all of them will be easy. As for the template i suck at coding so feel free to talk to Damage3245 or the discord to help with the changes especially if it needs an admin to edit the wiki css or something.LightningGeist 13:50, November 26, 2018 (UTC)

I have modified the Technique Template to include this '|literal translation=' which would need to be added to the Technique pages that require a literal translation of the name. We can roll with this for a while to see if it looks good on the pages. I also think we should increase the width of the Technique infoboxes from 200 pixels to 300 pixels, but that would require an Admin to do. Damage3245 (talk) 14:23, November 27, 2018 (UTC)

I've had a chat with Relikz about it and he said that we should hold a vote on whether or not literal translations should be included at all on the pages, and where they should be. So I'm going to remove the change the template for now, and the changes to the pages. Damage3245 (talk) 15:12, November 27, 2018 (UTC)

Feel free to leave a message in that thread to confirm that the voting is over and if ok to implement them already just to be sure.LightningGeist 09:38, December 11, 2018 (UTC)

Thanks for the help, the only thing we need now is to know more about Sister Ivry before making her page to avoid renaming pages multiple times coz now sister and sister ivry are both called members of the shining stars but we don't know if they are hermit or valkyrie who just happened to have changed their names and so on. LightningGeist 06:36, December 30, 2018 (UTC)

Yup since its officially revealed by the previous chapter so feel free to do so. XD LightningGeist 11:09, June 26, 2019 (UTC)

It was done for the sake of uniformity with the official manga translations since the manga is mainly released in english and in japanese with the use of kanji and the translated section is also added to specify and avoid confusion on what the kanji used in the title means since some kanji have multiple meanings which might lead for edit warring on what the kanji actually means.

If you want you can open a discussion and make an official vote to permanently add romaji section in all of the chapter pages. That way there is an official documentation about the new format for the chapter template and if later on the other editors disagreed then they can just check the discussion to learn that the changes was decided by the whole wiki and not just something implemented by a random editor. LightningGeist 16:10, July 3, 2019 (UTC)

Retrieved from "https://edenszero.fandom.com/wiki/User_talk:JouXIII?oldid=10101"
Community content is available under CC-BY-SA unless otherwise noted.